The Bronx Opera in New York 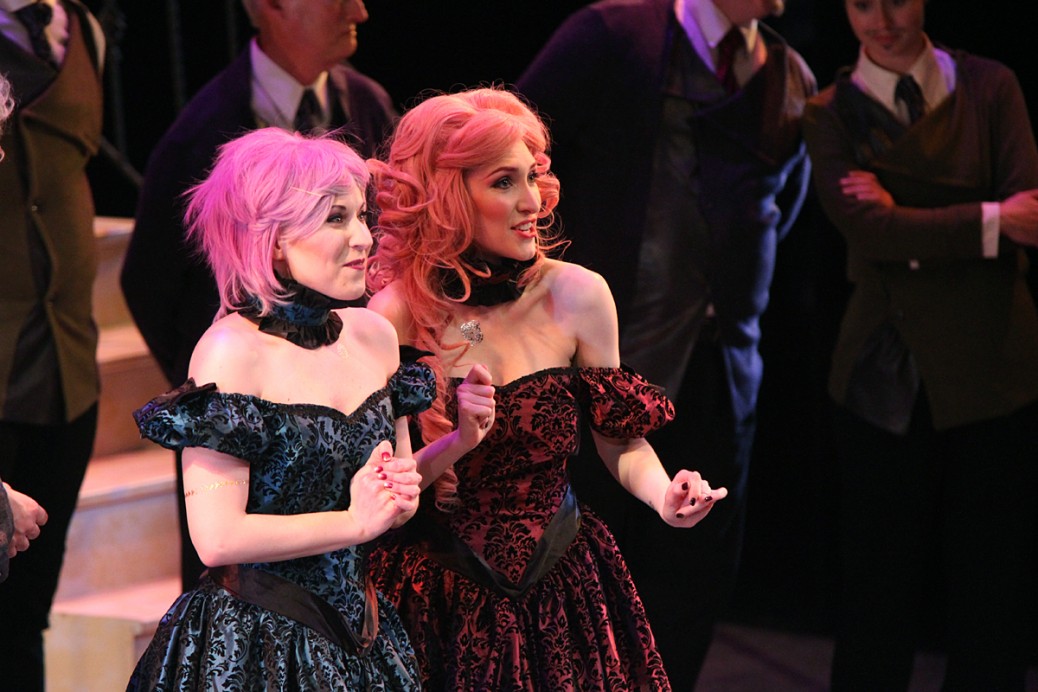 The Bronx Opera Celebrates its 50th Season
The Bronx Opera will celebrate its 50th season in 2017 with two different takes on the story of William Shakespeare’s lovable rogue knight, Sir John Falstaff: the rarely-performed Sir John in Love, by English composer Ralph Vaughan Williams (January 14, 15, 21, 22); and Verdi’s Falstaff, the final, miraculous opera by the Italian master (April 29, 20, May 6, 7). Each production will be performed both in the Bronx, at Lehman College’s Lovinger Theatre, and in Manhattan, at Hunter College’s Kaye Playhouse. This will be BxO’s third presentation of Sir John in Love (they gave the U.S. Premiere in 1978) and their first of Falstaff, and both operas will be performed in English.
The second-oldest continually presenting opera company in New York, The Bronx Opera has become a cultural staple of the city and the borough, supplementing its full productions with concerts and community outreach initiatives that bring opera to many of the underserved communities in the Bronx. In addition to the two “Falstaff Fiftieth” productions, they will also present concerts throughout The Bronx and Westchester, work with community members at the Kingsbridge Heights Community Center, bring music into the lives of senior citizens at the Riverdale Y Senior Center, and continue their Opera-in-the-Schools program which introduces 1000 children each year to Bronx Opera’s productions and the operatic art form. Over their 50 years of operation, BxO has impacted more than 20,000 local Bronx students, seniors and residents with their outreach programs, in addition to the countless singers they have helped progress to the great stages of the world (including over 50 at The Metropolitan Opera alone). 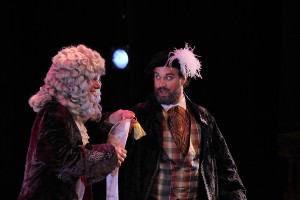 Speaking of the season, and of the company’s mission of presenting one unusual opera and one repertory staple each year, Founder and Artistic Director Michael Spierman says: “While these two works have many things in common – the principal characters and the setting, especially – they couldn’t be more different musically. Vaughan Williams is one of the most English composers imaginable – he even works folk tunes like ‘Greensleeves’ into the opera – and he largely uses Shakespeare’s own text for his libretto. Verdi loved Shakespeare, composing three operas based on his plays; but he and Boito, his librettist, though they veer further from the original, capture Shakespeare’s spirit with extraordinary fidelity.”
Spierman concludes, “We present them together on equal terms, for the audience to compare and evaluate. I’m not sure I can say which is my favorite…I love them both.”

The Bronx Opera. History and Mission

The Bronx Opera Company (BxO) celebrates our 50th Season as the only opera company in NYC to have produced each year since our founding in 1967. BxO’s mission is to present operas as fully integrated works of musical theater set to great music by great composers (known and unknown) and to broaden the audience for our art form. This broadening is accomplished by keeping ticket prices low (there is no ticket to a Bronx Opera performance that costs more than $45); by performing all operas in English; and by the work we do with Schools and Community Organizations in The Bronx. All of this work strengthens BxO, enabling us to carry the banner of The Bronx throughout the area and, by reputation, around the country and the world. All productions are sung in English and are performed with full orchestra and chorus, fully staged and costumed.

The company is open to all individuals to participate based on their talents and availability. Recent casts, for example, have included African-Americans, Latinos, people of Israeli and Palestinian origin and a young tenor from Brasil. In the words of Opera News Online ,“The Bronx Opera’s crowd, like the company’s enthusiastic, sonorous chorus, is (hearteningly) among the most racially integrated to be seen in New York; encouraging the attendance of so many young people marks a positive contribution to the art form.”

Our work is divided into three areas: work on the Mainstage, in the Community, and in Bronx Public Schools.

Work on the Mainstage: In January, a rarely-performed work is given two performances (plus an abridged matinee for students) at our home, the Lovinger Theater at Lehman College in the Bedford Park section of the northwest Bronx. This production is repeated at the Kaye Playhouse at Hunter College on the east side of Manhattan. In May, a familiar work is given in two full performances and an abridgement at Lehman.

Work in our Community: We are proud of our work with our partners in The Bronx. Currently, we work with the Amalgamated Housing Corporation, Bronx Community College, Kingsbridge Heights Community Center, and Riverdale YM-YWHA Senior Center, as well as the Public Schools discussed below. In all cases, we have provided services (concerts, free and discounted tickets, etc), and have also collaborated with local after-school programs to involve area children in our productions. BxO also presents a wide range of concerts of all kinds throughout the year. Our artists have been seen in all five boroughs, as well as on Long Island and in Westchester, Rockland, Putnam, Sullivan and Delaware Counties, and in Pennsylvania. Highlights of these events include our annual participation in Hofstra’s Italian Festival, concerts at the St. Paul’s National Historic Site in Mount Vernon and partnerships with Long Island’s North Shore Music Festival and the Buck Hill Skytop Music Festival in the Poconos. This season, BxO is working with the Kingsbridge Heights Community Center and the Riverdale Y Senior Center, providing teaching and continuing to develop programs in various artistic disciplines to the people that use those Centers.

Work in the Schools: The Bronx Opera Company works in Bronx Schools through our Opera-in-the-Schools (OitS) Program. OitS, begun by BxO in 1995, will bring cast members to students at P.S. 153 and P.S. 160 (Co-Op City); P.S. 91 (University Heights) and P.S. 31 (Morrisania) to introduce students to opera and to our current production. Students see a one-hour abridgement of the show during the school day, and are invited to attend full performances at Lehman on the weekend (for free, with reduced prices for accompanying adults; buses are provided from the Co-Op City schools). Weekend attendees get a backstage tour forty-five minutes before each performance. Finally, in our program’s most unique innovation, we return to the schools to take questions and help the kids process their experience. In short, OitS seeks to make opera, and the people who do it, less mysterious.