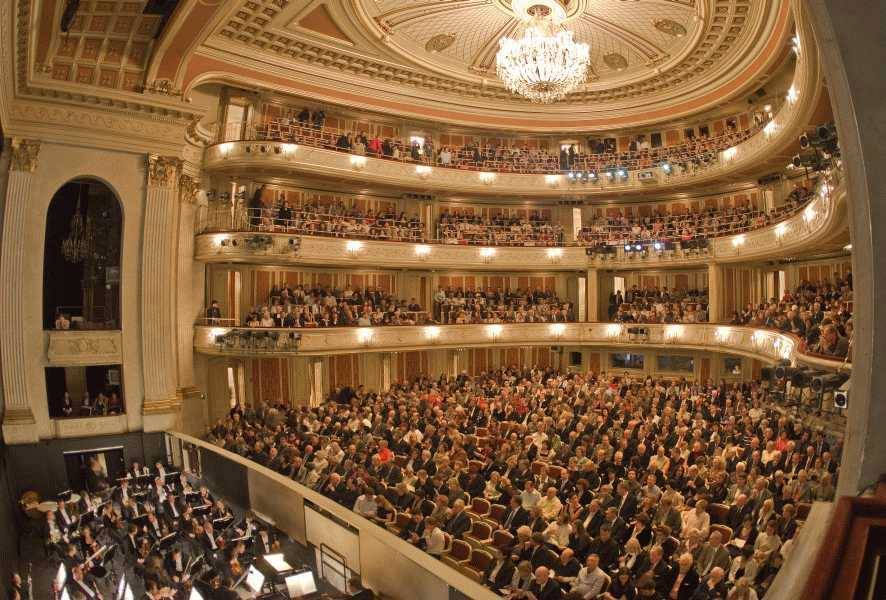 The internationally-acclaimed Berlin State Opera House (Staatsoper Unter den Linden) was built in 1741 and staged its first performance—Carl Heinrich Graun’s Cesare e Cleopatra—in 1742, while the opera house was still being completed.  Since that first performance, opera stars such as Gaspar Spontini, Giacomo Meyerbeer, Richard Strauss and many others, have performed here. Not only is it the first freestanding theater in Germany, it is also the world’s oldest state opera. It is a majestic theater, built in the thrilling Prussian classicist style and with a decadent Rococo interior. Audiences from all over the world have come to Berlin to see operas, ranging from the Baroque period to contemporary works.

Like so many other opera houses, it burned down in a nineteenth-century fire. After being reconstructed by Carl Ferdinand Langhans, it reopened in 1844 to be destroyed once again during World War II bombings. It was then rebuilt during the Cold War period, under the German Democratic Republic government. Richard Paulick served as architect. In 1955, it reopened to Wagner’s Die Meistersinger von Nuremberg. It should be noted that the during the reign of the Nazi Party in Germany, all Jewish musicians who had performed at the Berlin State Opera were exiled from the opera house. Several were even killed.

With the construction of the Berlin Wall, the repertoire was reduced. Classical and romantic operas and ballets, as well as modern musicals, were still performed however. The eventual reunification of Germany saw the Berlin State Opera rejoin the ranks of the international opera community.

It holds 1,396 seats, and considered small in comparison to other Germany opera houses. It has been undergoing substantial renovations since 2010, and led by general director Daniel Barenboim.