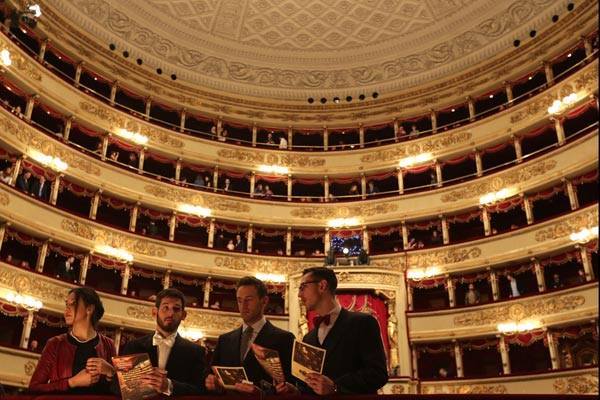 La Scala, with its imposing neoclassical beauty, massive stage, illustrious star-studded history, and 2,015 seat grandiose interior, is perhaps the most recognizable opera house in the world, and certainly among the greatest.

Inaugurated in 1778, it has enjoyed a complex history. Since the advent of Rossini in 1812, La Scala is regarded as the center of the Italian opera scene. Opera giants like Rossini, Verdi, Bellini and Donizetti treated La Scala as their home. Opera lovers flock to the house that premiered Madame Butterfly, Otello and Turandot. The theater has also ridden into the contemporary age, with theater director Stephane Lissner instituting new programs such as “La Scala for Young People.” 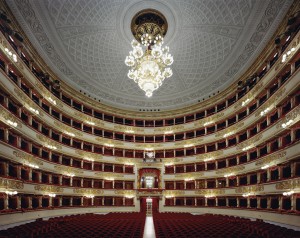 Its past is one also marked by instances of devastating fires, renovation and reconstruction. It most recently underwent renovations between 2002 and 2004. Today, it continues to be a unique opera house, with its architecture drawing from both modern and traditional influences. It is also noted for its tremendous acoustics, which can in part be attributed to the concave channel-tunnel beneath the wooden floor of the orchestra.

There are few opera houses in the world, and perhaps none, that can match the historical legacy and beauty of this opera house in Milan.

Outside the Teatro Alla Scala A SCALA Opera House: