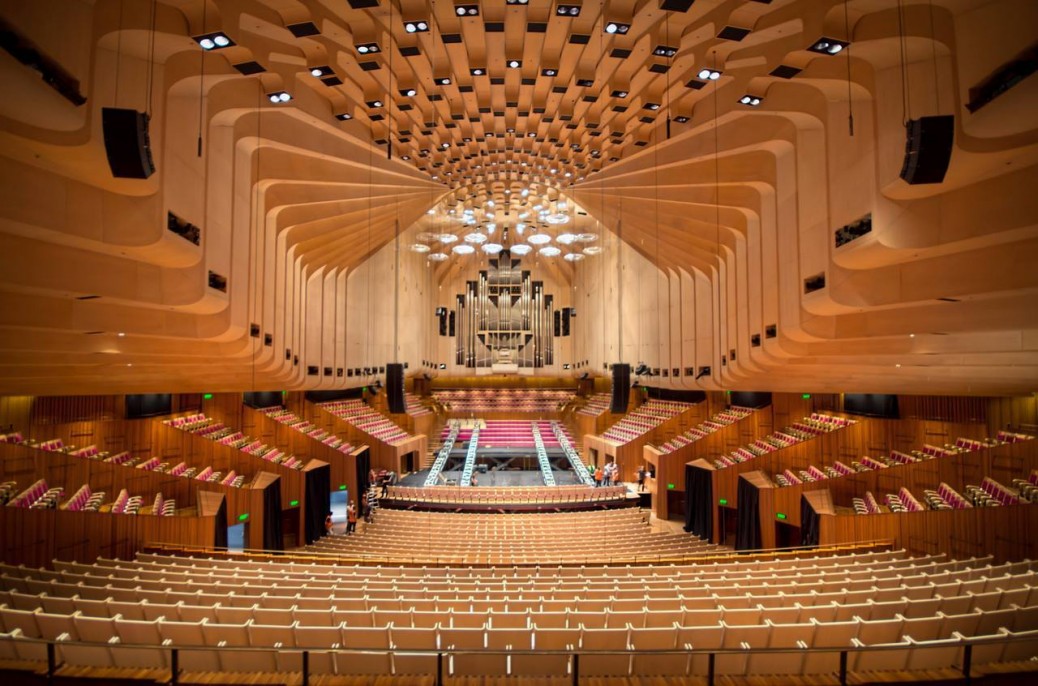 A 360° experience capturing one of the world’s busiest performing arts centres between the acts – waking up, in rehearsal and at rest – featuring the outstanding young Australian soprano Nicole Car, cellist and the Sydney Symphony Orchestra’s Director of Artistic Planning, Benjamin Schwartz and the Sydney Symphony Orchestra itself under the baton of David Robertson, Chief Conductor and Artistic Director. Created in partnership with the Google Cultural Institute.

The Sydney Opera House, with its shell-shaped expressionist design and pristine location overlooking the Sydney Harbour, has quickly become not only one of the most distinct opera houses, but one of the most famous sites in the world. Since it was opened by Queen Elizabeth II on 20 October 1973 to an Opera Australia production of War and Peace, it has captured the attention of an international audience, drawing seven million travelers to its doors each year. With 300,000 people taking guided tours annually, it is evident that many come simply to appreciate its architecture and its role as a central landmark of the great Australian city of Sydney. Indeed, it is so integral to Sydney that it was named a UNESCO World Heritage Site in 2007—one year before its designer, the famous Danish architect Jørn Utzon, passed away at age 90.

However, the greatness of the Sydney Opera House extends far beyond its magnificent design. Upon its stage some 1,500 performances are given each year to an astounding 2 million audience members. Annually, 3,000 events are held in total. Its hosts Opera Australia, the Australian Ballet, the Sydney Theatre Company, and the Sydney Symphony Orchestra. Both renditions of classical operas, as well as new in-house productions, are performed. The main concert hall accommodates 2,679 seats, but there are also a wide variety of performance venues and facilities. Indeed, there are 1,000 rooms at the complex, which may explain why it cost $102 million to build.

The Sydney Opera House is more than a theater. It is a forceful, dramatic and unforgettable experience.

As it is located right in the heart of Sydney, there are plenty of fantastic dining options near the opera house. Junior Kitchen, Bennelong, Opera Bar, the House Eatery by George, Opera Kitchen, and Bistro Mozart are all great places to have a filling and satisfying meal before a performance.
During a performance, one can take advantage of the Theatre Bars spaced throughout the opera house, offering drinks and snacks.

Tours of the opera house are available. It is visited in this capacity by 300,000 people a year. Seven different languages are available.
Gift Vouchers are offered for fellow opera lovers.

Sydney Opera House is affiliated with its very own resident catering service. ARIA Catering will cater your special event.
One can also rent out a venue for a special event. Filmmakers are allowed access.
Sydney Opera House Insiders Membership program offers exclusive benefits, events, and significant discounts. Members also do not need to pay booking fees.