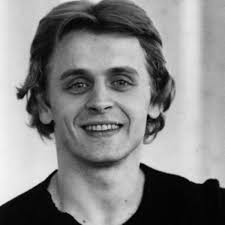 Giselle (/dʒɪˈzɛl/;[1] French: [ʒizɛl]), originally titled Giselle, ou les Wilis (French: [ʒizɛl u le vili], ‘Giselle, or The Wilis‘), is a romantic ballet (“ballet-pantomime“)[2] in two acts, and is considered a masterwork in the classical ballet performance canon. It was first performed by the Ballet du Théâtre de l’Académie Royale de Musique at the Salle Le Peletier in Paris, France on 28 June 1841, with Italian ballerina Carlotta Grisi as Giselle. The ballet was an unqualified triumph. Giselle became hugely popular and was staged at once across Europe, Russia, and the United States.

The ghost-filled ballet tells the tragic, romantic story of a beautiful young peasant girl who falls for the flirtations of the deceitful and disguised nobleman Albrecht. When the ruse is revealed, the fragile Giselle dies of heartbreak, and Albrecht must face the otherworldly consequences of his careless seduction.

The second act is largely dominated by the Wilis, the spirits of maidens who died after being betrayed by their lovers, and take revenge in the night by dancing men to death by exhaustion (a popular theme in Romantic-era ballets). Led by Myrtha, the Queen of the Wilis, they summon Giselle from her grave and target her lover for her death, but Giselle’s great love frees him from their grasp. They gain their power in numbers as they effortlessly move through dramatic patterns and synchronized movements, and control the stage with their long tulle dresses and stoic expressions, creating an ethereal atmosphere that builds as they gradually close in on Albrecht. By saving Albrecht from the Wilis, Giselle also saves herself from becoming one of them.

Librettists Jules-Henri Vernoy de Saint-Georges and Théophile Gautier took their inspiration for the plot from a prose passage about the Wilis in De l’Allemagne, by Heinrich Heine, and from a poem called “Fantômes” in Les Orientales by Victor Hugo.

The prolific opera and ballet composer Adolphe Adam composed the music. Jean Coralli and Jules Perrot created the originalchoreography. The role of Giselle was intended for Carlotta Grisi as her debut piece for the Paris public, and she was the onlyballerina to dance it at the Paris Opera for many years. The traditional choreography that has been passed down to the present day derives primarily from the revivals staged by Marius Petipa during the late 19th and early 20th centuries for the Imperial Ballet in St. Petersburg. One of the world’s most-often performed classical ballets, it is also one of its most challenging to dance.[3]

Born in Riga, Latvian SSR, Baryshnikov had a promising start in the Kirov Ballet in Leningrad before defecting to Canada in 1974 for more opportunities in Western dance. After dancing with American Ballet Theater, he joined the New York City Ballet as a principal dancer for one season to learn George Balanchine‘s neoclassical Russian style of movement.

He then returned with the American Ballet Theatre, where he later became artistic director. Baryshnikov has spearheaded many of his own artistic projects and has been associated in particular with promoting modern dance, premiering dozens of new works, including many of his own.[citation needed] His success as a dramatic actor on stage, cinema and television has helped him become probably the most widely recognized contemporary ballet dancer. Since his defection from the Soviet Union in 1974, Baryshnikov has never returned to Russia.[3]

In 1977, he received a nomination for the Academy Award for Best Supporting Actor and a Golden Globe nomination for his work as “Yuri Kopeikine” in the film The Turning Point. He starred in the movie White Nights with Gregory Hines, Helen Mirren, and Isabella Rossellini, and had a significant role in the last season of the television series Sex and the City.