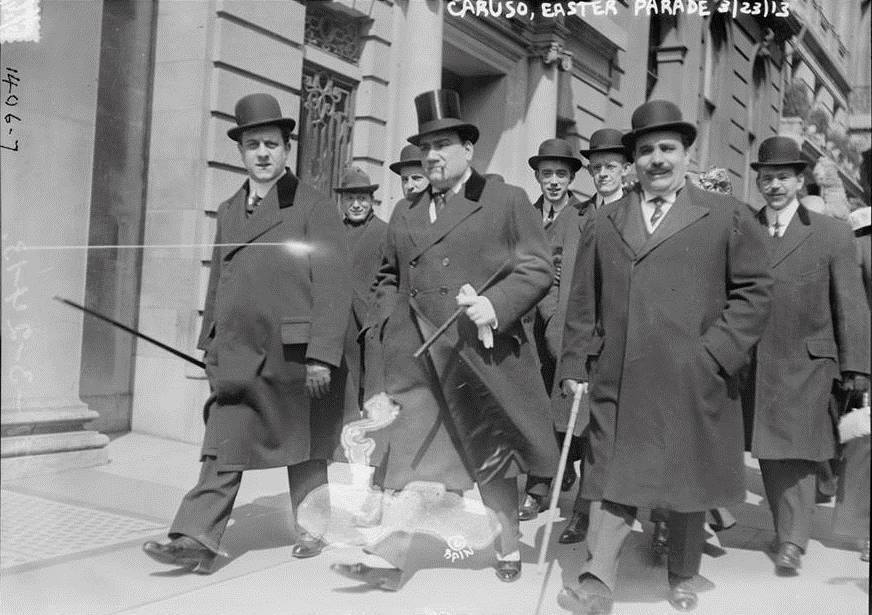 The Man with the Orchid-Lined Voice 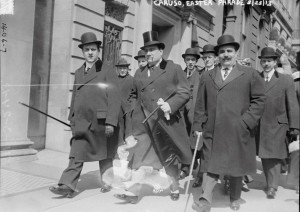 Caruso made his operatic debut on March 15, 1895 at a back street theatre in Naples. After a two-year stint on the South Italian circuit he auditioned for Puccini in the summer of 1897. Puccini was looking for a leading tenor for a performance of ‘La Boheme’ in Livorno. Puccini was so impressed with the range and tone of the young Caruso’s voice, that he reportedly mumbled in awe, “Who sent you to me? God himself?” After an unfriendly reception of his performance in Naples, Caruso vowed to never sing in Naples again, and he never did.

His first major role creations were in operas ‘Il Voto’ in 1897, and ‘L’Arlesiana’ by 1897, at the Teatro Lirico di Milano. Next season Caruso started with a role creation in ‘Fedora’, 1898.

His first recording contract was signed in 1902, in London, with the Gramophone and Typewriter Company for ten arias at the rate of 10 pounds per take. In May, 1902, Caruso debuted at the Covent Garden Opera in ‘Rigoletto’ by Verdi.Pasquale Simonelli, the banker helped Caruso to come to New York. There Caruso made his Metropolitan Opera debut in November 1903.

Caruso performed for the Met the next eighteen seasons, making 607 appearances in 37 different operatic productions.
Caruso was the first recording star in history, who sold more than a million records with his 1902 recording of ‘Vesti le gubba’ from ‘Pagliacci’ (Clowns) by ‘Leoncavallo’. His voice had a combination of the full baritone-like character with the smooth and brilliant tenor qualities. His range was broadened into baritone at the expense of the higher tenor notes, Caruso never sang the high C, and often transposed in order to avoid it. He was a master of interpretation, having a rare gift of portamento and legato, and a superior command of phrasing. His legendary 1904 Victor recording of ‘Una furtiva lagrima’, by Donizetti is used in many film soundtracks.

Digitally remastered version of a recording from the February 1, 1904 (room 826, Carnegie Hall, NY).