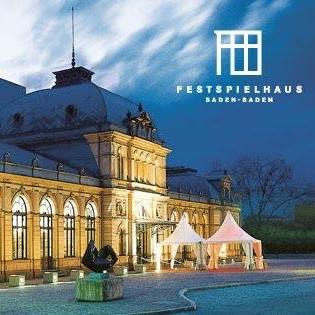 Siegmunds Summer in Baden-Baden
In The Festspielhaus Baden-Baden will be from 7. To 11. July 2016, celebrated summer festival. The focus is on the Europe-Debut Jonas merchant as siegmund in two th performances of the opera “The Valkyrie” by Richard Wagner. At the end of the festival is the German tenor twice in the “Baden-Baden Gala” to experience.

Baden-Baden – made his debut in the festspielhaus Baden-Baden celebrated Jonas Kaufmann 2010 as ” Italian singer ” in the of Christian thielemann guided performance of the opera ” der rosenkavalier “. Well, he returned as siegmund in Richard Wagner’s opera “The Valkyrie” back in the black forest, where he was in Germany’s largest opera house another milestone of His Wagner-Tenor-career marked. On the 7. th and 10. th July are the performances of the Wagner-Opera (18 a.m. and 17 p.m.) on the program of the festival and the good news: there are still tickets to this eagerly awaited opernabenden.

Conductor is valery gergiev, since 1998 regularly with orchestra and the ensemble of the mariinsky theatre in st. Petersburg to Baden-Baden. Gergiev opened once the festival hall with his dirigat and is a good friend of the house. On the side of Jonas Kaufmann sings Eva-Maria West Broek the batch of sieglinde in Wagner’s “Valkyrie”. Only a few months ago was celebrating the Dutch as isolde at the Baden-Baden Osterfestspielen with the berliner philharmoniker a great triumph.
Spectacular also the continued occupation: with René Pape as wotan, Evelyn Herlitzius as brünnhilde and Mikhail Petrenko as hunding move the two concert plants “Valkyries” at the highest international singer level. Just was Evelyn Herlitzius at the Deutsche Oper, in Berlin, as she celebrated in “the makropulos affair” audience as criticism enthusiastic. On the side of Anna Netrebko, she was just as ortrud in Dresden “Lohengrin” highly praised. The Experienced Wagner-singer is regularly at the bayreuth festival as a guest.
René Pape (Wotan) is just coming back from San Francisco, where he has some ideas “Don Carlos” sang it. Born In Dresden, started pape from his “headquarters”, The Berlin State Opera, 1998 an incomparable weltkarriere. If Salzburg Festival, LA SCALA DI MILANO OR METROPOLITAN OPERA IN NEW YORK: everywhere, the audience walks off, that’s why this “Black Diamond Bass” once live to hear it.
In St. Petersburg is born of the bass Mikhail Petrenko, in previous years, the number of times in opera, was to hear the mariinsky-Chef Valery Gergiev LED. Is now a worldwide demand petrenko bass, among other things, with sir Simon Rattle and Pierre Boulez worked.
Valery Gergiev conducting already now once again Wagner’s “Valkyrie” in Baden-Baden. After scenic performances in the years 2001-2005, including the legendary three cyclical performances of the “Russian ring”, A Co-production between Festspielhaus Baden-Baden and mariinsky theatre in st. Petersburg, now is the opera concert experience.
Beethoven and brahms in large format
But it is also a soloist with changing soloists at the heart of the two concerts between the performance during the days of the Wagner Opera. With an extensive Beethoven-program is he on 8. July, at 19 pm. The soloists pinchas zukerman (violin) and Nelson Freire (piano) playing the violin concerto in d major op. 61, as well as the piano concerto no. 5 E-flat major op. 73. Both artists are for the first time in the festspielhaus Baden-Baden to hear both the 1948 in Tel Aviv-born zukerman, as well as the Brazilian Pianist Nelson Freire. After the break, the sounds of the third great work of the evening Beethoven’s symphony no. 5 C-sharp minor op. 67.
On Saturday, July 09., 2016 starting at 19 o ‘ clock are three works by Johannes Brahms on the program. The French pianist hélène grimaud plays the piano concerto no. 1 in d minor op. 15. Nikolaj Znaider, born in 1975 in Copenhagen, then interpreted the violin concerto in d major op. 77 and after the break, conducts valery gergiev the symphony no. 3 F-dur op. 90.
In the series “music in the museum” are on Monday, July 11. th at 20 pm young artists to guest. James Bail lieu (piano), Alexandra Marisa Wilcke (Speaker) and Benjamin Appl (Baritone) interpret works of Hahn, muly, Schubert and schumann. This book will be read literary texts.
For all concerts there are still tickets.
Standing for the Baden-Baden gala
Standing room only (sale on the day of concerts two hours before the start of the event) there are, however, for weeks for the sold-out “Baden-Baden Gala 2016”. Anja har teros, Elina Woodlands, Jonas Kaufmann and Bryn Terfel interpret it on 22. And 24. July 2016 Opera Arias -, Duets and ensembles. The Star-occupation is reminiscent of the first Baden-Baden Gala in 2007, when anna netrebko and Elina Woodlands, together with Ramon Vargas and ludovic tézier in the foreground. Like the time the zdf plan and also the kultursender 3 Sat the Baden-Baden Gala 2016 shown on Television.