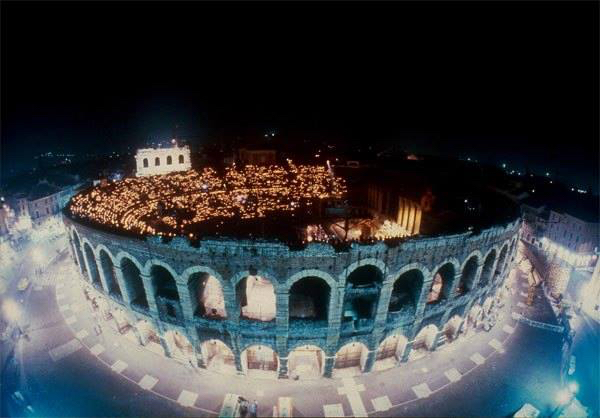 The Arena di Verona Festival was held for the first time in 1936, located in the city of Verona. All performances are staged in Arena di Verona, which is Roman amphitheatre with 30,000 seats. Every year festival is visited by 500,000 attendees from all around the world, which makes this festival one of the most famous one. Many opera stars made their careers by performing at this festival. For example, Maria Callas made a sensation with her appearance with Ponchielli’s La Gioconda. Other legendary opera singers who have made a very memorable performances at the festival are Luciano Pavarotti, Jose Carreras and Placid Domingo. This year, festival will show another outstanding performance of Placid Domingo, who will perform not just as a singer but also as a musical director as well.

Season: mid-June through end of August