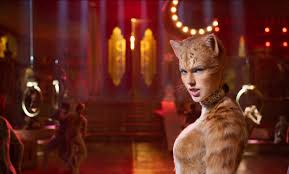 Cats is a sung-through musical composed by Andrew Lloyd Webber, based on the 1939 poetry collection Old Possum’s Book of Practical Cats by T. S. Eliot. It tells the story of a tribe of cats called the Jellicles and the night they make the “Jellicle choice,” deciding which cat will ascend to the Heaviside Layer and come back to a new life. The musical includes the well-known song “Memory” as sung by Grizabella. As of 2019, Cats remains the fourth-longest-running Broadway show and the sixth-longest-running West End show.

The London production ran for 21 years and 8,949 performances, while the Broadway production ran for 18 years and 7,485 performances, making Cats the longest-running musical in both theatre districts for a number of years. Cats has since been revived in the West End twice and on Broadway once. It has also been translated into multiple languages and performed around the world many times. Long-running foreign productions include a 15-year run at the Operettenhaus in Hamburg that played over 6,100 performances, as well as an ongoing run in a purpose-built theatre in Japan that has played over 10,000 performances since it opened in 1983. Cat’s Broadway Musical

Lloyd Webber began setting Eliot’s poems to music in 1977 and the compositions were first presented as a song cycle in 1980. Producer Cameron Mackintosh then recruited director Trevor Nunn and choreographer Gillian Lynne to turn the songs into a complete musical. Cats opened to positive reviews at the New London Theatre in the West End in 1981 and then to mixed reviews at the Winter Garden Theatre on Broadway in 1982. It won numerous awards including Best Musical at both the Laurence Olivierand Tony Awards. Despite its unusual premise that deterred investors initially, the musical turned out to be an unprecedented commercial success, with a worldwide gross of US$3.5 billion by 2012.

Cats started the megamusical phenomenon, establishing a global market for musical theatre and directing the industry’s focus to big-budget blockbusters, as well as family- and tourist-friendly shows. The musical’s profound but polarising influence also reshaped the aesthetic, technology, and marketing of the medium. Cats was adapted into a direct-to-video film in 1998, and a critically pannedfeature film adaptation directed by Tom Hooper in 2019.

THE STORY OF CATS

Midnight. Not a sound from the pavement. Suddenly an explosion of music and lights reveals a larger-than-life junkyard.

Probing car lights tear across the darkened landscape of bottles and boxes, briefly catching the darting image of a running cat. Tonight is the one special night each year when the tribe of Jellicle Cats reunites to celebrate who they are.

They emerge singing of their unique abilities and special traits. The cats are at first suspicious and proud, reluctant to allow an audience into their domain.

In The Naming of Cats, however, they begin to reveal themselves and that cats have three different names: the one the family uses daily, a more dignified name, and a secret name. It is the contemplation of these secret names that keeps felines deep in thought.

TO THE JELLICLE BALL

Victoria , a young white cat, dances to signal The Invitation To The Jellicle Ball. Munkustrap, a large grey tabby, explains that the Jellicle Cats meet once a year to rejoice.

They are waiting for their leader, the wise Old Deuteronomy, who will choose which of the Jellicle Cats will journey tonight to the Heaviside layer to be reborn into a new life.

And so begins our introduction to the cats. One by one they step forward to audition for the role, to be chosen to make the special journey to be reborn.

Jennyanydots, The Old Gumbie Cat, sleeps and lounges all day long; Rum Tum Tugger, a playful prankster that the female cats find extremely attractive, and who enjoys being the centre of attention, Grizabella, The Glamour Cat, who is shunned by the rest of the tribe despite being a Jellicle Cat and Bustopher Jones, a large “twenty five pounder”, always clad in signature white spats.

A thunderous crash and the sound of police sirens will signal that the villainous Macavity is on the loose and send the Jellicles scattering!

Distant giggles signal the entrance of Mungojerrie and Rumpleteazer, a fun-loving, frolicking team of pranksters who are always in trouble with the family with whom they live. The entire tribe returns as their benevolent and wise old leader Old Deuteronomy arrives. The cats adore and respect him, indeed he is father to some of them. They entertain him with a special show narrated by Munkustrap, The Aweful Battle of the Pekes and the Pollicles together with the The Marching Song of the Pollicle Dogs. The cats dress up as the two rival dog factions who bark ceaselessly at each other until they are frightened away by the Great Rumpus Cat, a sleek and powerful feline.

Finally, it is time for The Jellicle Ball, the great annual dance in which all the cats celebrate.

Grizabella appears once more, wanting to rejoin her family and be a part of the celebration. She is left to contemplate her “Memory” of the time before she left the tribe. She stretches out her hand behind her, hoping another cat will touch her. She is still not accepted and, disappointed, slinks off into the night.

After the Jellicle Ball, the cats rest and contemplate “The Moments of Happiness” before introducing more cats. Gus the Theatre Cat is an aged stage actor who worked with the greatest actors of his day and Skimbleshanks the Railway Cat introduces himself.

Macavity returns with two of his henchmen who invade the proceedings and kidnap Old Deuteronomy. Demeter and Bombalurina sing what they know of Macavity, whose evil deeds have resulted in his being dubbed the Napoleon of crime.

Macavity returns once more, disguised as Old Deuteronomy, but he is exposed and battles with Munkustrap and the other male cats. Tired and almost defeated, Macavity rigs an electrical explosion that puts out all the lights, leaving the Jellicles in the dark. But they still have to find Old Deuteronomy.

The Rum Tum Tugger calls upon Mr Mistoffelees, the conjuring cat, to use his magical powers to bring back their leader. Mistoffelees succeeds in reinstating the lights, locating Old Deuteronomy and showing off his spectacular magic tricks, including his infamous conjuring turn.

TO THE HEAVISIDE LAYER

At last the time has come for Old Deuteronomy to make the Jellicle Choice and decide which cat will be reborn into a new Jellicle life. At that moment, Grizabella reappears. Again she recalls her “Memory” of how things used to be. This time the cats accept her back into the tribe and it is she who is chosen to Journey to the Heaviside Layer and be reborn.

The Jellicle Ball has come to a conclusion, but first Old Deuteronomy instructs the human spectators in “The Addressing of Cats”