The Metropolitan Opera House #1 World Opera Stage is among the most powerful cultural institutions in the world of opera. The majestic 3,800-seat opera house is located at the iconic Lincoln Center for the Performing Arts, and is the only structure with a facade facing the major thoroughfare of Broadway on Manhattan’s Upper West Side. Situated between New York City Ballet’s David H. Koch Theater and New York Philharmonic’s David Geffen Hall, the Metropolitan Opera looks over a vast plaza and the wondrous, ever-spouting Revson Fountain. Two Marc Chagall painted murals, framed in large windows of the grand tier lobby, give the opera house an especially distinct look.

While the original opera house opened in 1883 at 39th Street and Broadway, it has been at its current location since 1962. After more than fifty seasons, it still retains the quintessential Manhattan glamor and mid-century modern elegance. Each night, audience members are treated to an experience unmatched by other opera houses. Cluster-shaped chandeliers, their crystals aglow, begin to ascend toward the high ceiling overhead. This signals that the performance is about to start.

The most stellar voices in the pantheon of opera have been, and continue to be, regulars at the Metropolitan Opera House. Luciano Pavarotti, Maria Callas and Leontyne Price all graced the stage on numerous occasions. And today, Placido Domingo, the irrepressible and unchallenged opera superstar of our time, carries forth this legacy. Indeed, some of today’s greatest voices, such as Renée Fleming, Thomas Hampson, Susan Graham, and Mariusz Kwiecien have emerged from the Metropolitan Opera Rising Stars program.

Under Peter Gelb’s extraordinary leadership, the Met has blazed into the future, deftly embracing the latest broadcast technology and media outlets to capture the attention of the greater public and a mass audience heretofore unimagined. The Met’s expansive repertoire numbers some 200 works and counting. Unquestionably there are many marvelous opera houses in the world, but the Metropolitan Opera House remains the gold standard.

Outside the Opera House: 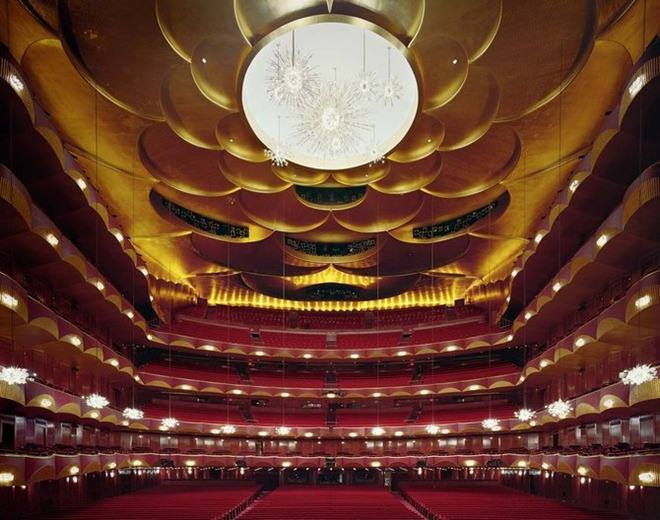 Anna Netrebko at The Met:

Plácido Domingo at The Met: