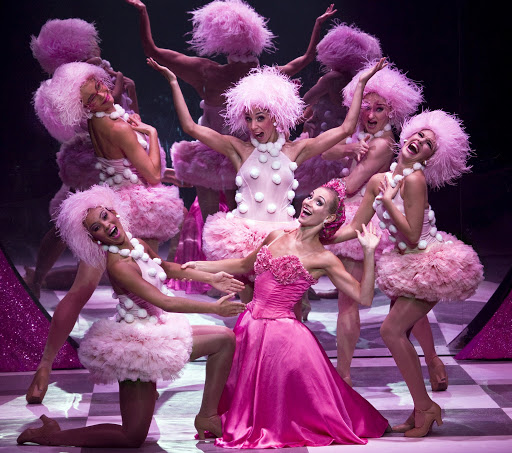 Bourne and his Company are in Des Moines for the North American Premiere of MATTHEW BOURNE’S SLEEPING BEAUTY at the Des Moines Civic Center Sept. 27-28, 2013. Part of the Willis Broadway Series.

He has received multiple awards and award nominations, including the Laurence Olivier Award, Tony Award and Drama Desk Award, and he has also received several Honorary Doctorates of Arts from UK universities.

Bourne was knighted in the 2016 New Year Honours for services to dance.

Matthew Bourne, was born in Hackney, London He went to William Fitt and Sir George Monoux School in Walthamstow, London. From the ages of 14 to 16 he was an avid autograph hunter, attending most West End opening nights and waiting outside Stage Doors and top London hotels. In 1978 he left full-time education and worked in various jobs at the BBC (filing clerk), Keith Prowse Theatre Agents (selling theatre tickets) and The National Theatre (bookshop and ushering). Despite having never done a dance class, he ran and directed various amateur Dance Companies in his teenage years. In 1982 he enrolled at the Laban Centre for Movement and Dance (now Conservatoire of Music and Dance) in Deptford, southeast London, where he was awarded a BA in Dance Theatre. For his final year (1986) he danced with the Laban Centre’s Transitions Dance Company.

After graduation, he formed the dance company, Adventures in Motion Pictures (AMP), with fellow directors, and friends, Emma Gladstone and David Massingham. Bourne has worked as a professional choreographer and director since 1987, becoming sole artistic director of AMP in 1991 and New Adventures in 2002. He is a patron for arts charity Create and now lives in Islington, London and Brighton