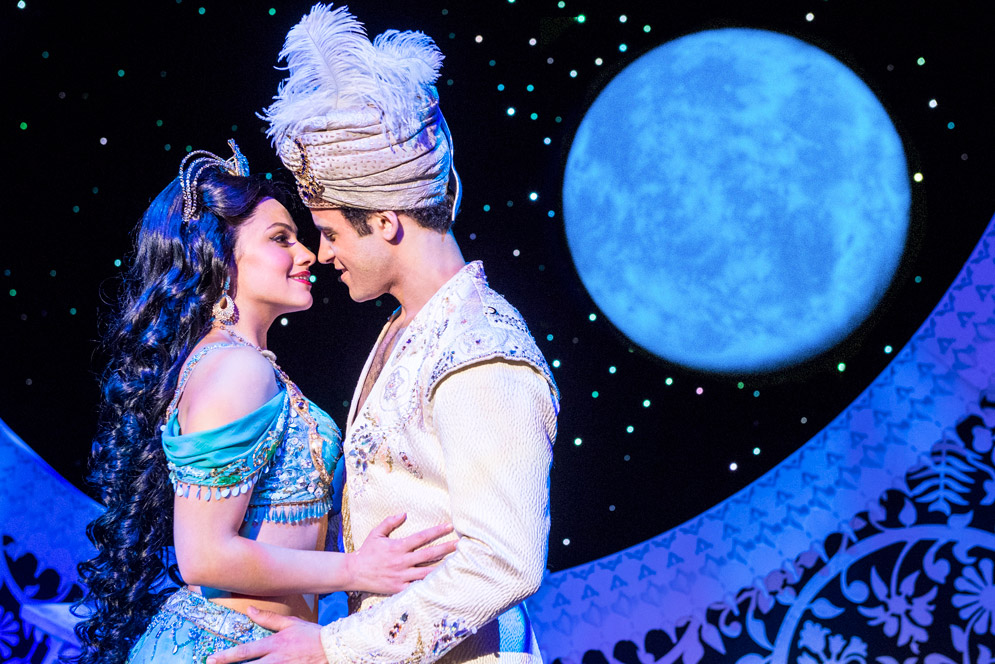 Aladdin is a Broadway musical based on the1992 Disney animated film of the same namewith a book by Chad Beguelin, music by Alan Menken and lyrics by Howard Ashman, Tim Rice and Beguelin.

Set in the fictional Arabian city of Agrabah, the story follows the familiar tale of a poor young man who is granted three wishes by agenie in a lamp, which he uses to woo a princess and to thwart the sultan’s evil Grand Vizier.

Aladdin premiered at the 5th Avenue Theatrein Seattle in 2011. After several regional and international productions in 2012, the musical was given a Toronto tryout in 2013. TheBroadway production opened at the New Amsterdam Theatre on March 20, 2014 and has been produced globally since. It is the 11th highest-grossing

Broadway production of all time, having grossed over $400 millionat the Broadway theatre as of May 2019.[1] It has been seen in theatres by about 11 million people worldwide, as of September 2018