Non-profit cultural organization founded in 1975,honoring the artistic legacy of the great American tenor through support of young talented American opera singers and by bringing opera into the community.

Since 1975, The Foundation has given critical financial assistance to more than a thousand young American singers throughout the United States. This is the proud legacy of Richard Tucker, America’s greatest tenor, and we hope you will help to continue this legacy by becoming a supporter of the Foundation.

The Sara Tucker Study Grant provides grants to singers, selected through a vocal competition, who are recently out of the university or conservatory and considered to be at the beginning of promising careers.

The Richard Tucker Award is conferred annually upon a single artist who has reached a high level of artistic accomplishment and who, in the opinion of a conferral panel, is on the threshold of a major international career.            2016 Award Winner is Tamara Wilson.

Programs of The Foundation, include concerts in a different community settings,radio broadcast,master classes. In the past three decades, the winners and grantees of The Foundation sing all over the world, programs finance the growth of young artists and the creation of new music, and expanding educational programs bring help and hope to another generation through the gift of the highest form of art – Opera. 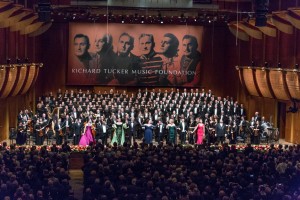 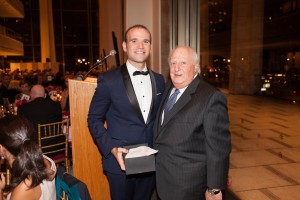 Live From Lincoln Center: From Bocelli to Barton:  Opera Gala