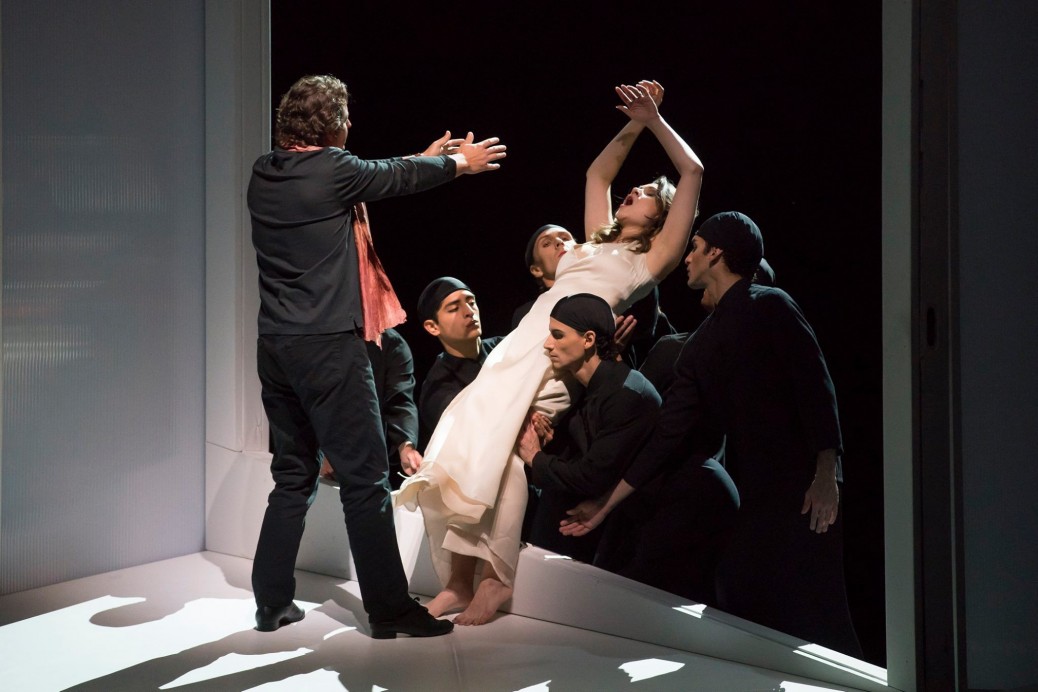 The most enduringly popular opera by German composer Christoph Willibald Gluck, Orphée et Eurydicerecounts the famous myth of Orpheus, the legendary Greek musician and poet who is grief-stricken over the untimely death of his wife, Eurydice.

Orpheus is distraught after the sudden death of his young wife Eurydice. After being persuaded by Amour, the god of love, Orpheus journeys into the Underworld to find his wife, where he must brave the Furies before reaching her in Elysium.  He is allowed to bring Eurydice back with him to earth, but on the condition that he not look back at her until they are above ground.  As they ascend, Eurydice becomes frustrated that her husband will not turn around to see her, but when Orpheus finally relents, she falls lifeless.  Moved by Orpheus’ despair, Amour restores Eurydice to life. PBS: Orphée et Eurydice Chicago Opera January 18th 9pm

Great Performances is produced by THIRTEEN Productions LLC for WNET, one of America’s most prolific and respected public media providers. Throughout its more than 40-year history on PBS, Great Performances has provided viewers across the country with an unparalleled showcase of the best in all genres of the performing arts, serving as America’s most prestigious and enduring broadcaster of cultural programming.PBS: Orphée et Eurydice Chicago Opera January 18th 9pm

Lyric Opera of Chicago’s mission is to express and promote the life-changing, transformational, revelatory power of great opera. Lyric exists to provide a broad, deep, and relevant cultural service to Chicago and the nation, and to advance the development of the art form.

Founded in 1954, Lyric is dedicated to producing and performing consistently thrilling, entertaining, and thought-provoking opera with a balanced repertoire of core classics, lesser-known masterpieces, and new works; to creating an innovative and wide-ranging program of community engagement and educational activities; and to developing exceptional emerging operatic talent.

Meet Me At The Opera enhances your opera experience. A place feels better when your friends are there. Find a friend to go to the opera, for any reason.
‎Opera Houses · ‎Events · ‎Our Blog · ‎JOIN
PBS: Orphée et Eurydice Chicago Opera January 18th 9pm