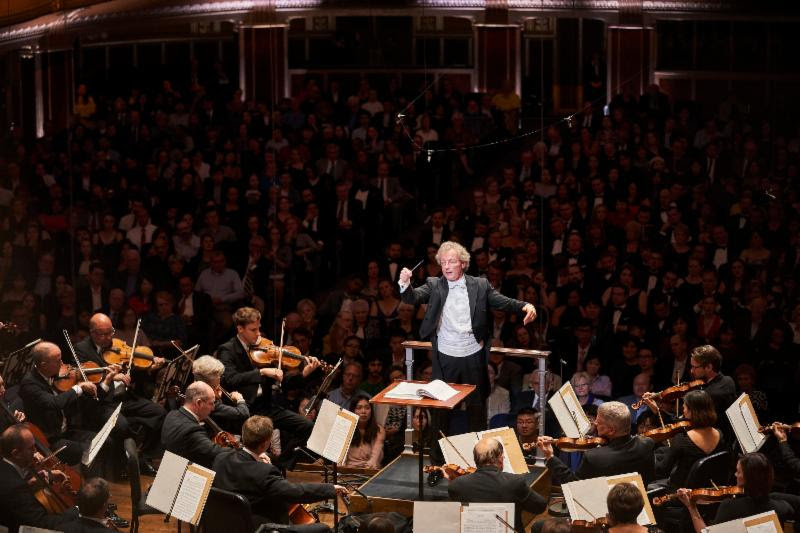 This Great Performances episode also includes three special segments produced by WVIZ/PBS ideastream. Each includes a historical look at The Cleveland Orchestra. The first segment features “The Mother of The Cleveland Orchestra,” Adella Prentiss Hughes, who was the first female founder of a successful orchestra. The second highlights the Orchestra’s seven music directors, including Kiev-born Nikolai Sokoloff; the tireless, forward-thinking George Szell who is famous for forging what became known as “The Cleveland Sound;” and Franz Welser-Möst, whose collaborative relationship with the Orchestra is widely-acknowledged among the best orchestra-conductor partnerships of today. The final segment showcases the Orchestra’s long legacy of community engagement in Northeast Ohio neighborhoods and schools. PBS: Cleveland Orchestra Centennial Celebration January 11

Great Performances is produced by THIRTEEN Productions LLC for WNET, one of America’s most prolific and respected public media providers. Throughout its more than 40-year history on PBS, Great Performances has provided viewers across the country with an unparalleled showcase of the best in all genres of the performing arts, serving as America’s most prestigious and enduring broadcaster of cultural programming.

Franz Welser Most Brahms, Variations on a Theme by Haydn, op 56 Cleveland Orchestra, 2016:

About The Cleveland Orchestra

Founded by Adella Prentiss Hughes, The Cleveland Orchestra’s inaugural concert took place on December 11, 1918. Under the leadership of Music Director Franz Welser-Möst, The Cleveland Orchestra has become one of the most sought-after performing ensembles in the world, setting standards of extraordinary artistic excellence, creative programming and community engagement. The New York Times has declared it “… the best in America” for its virtuosity, elegance of sound, variety of color and chamber-like musical cohesion. The 2017-18 season marked the Orchestra’s 100th year of concerts, and the beginning of a Second Century of extraordinary music making, dedicated service to its hometown and worldwide acclaim.PBS: Cleveland Orchestra Centennial Celebration January 11

Strong community support from across the ensemble’s home region is driving the Orchestra forward with renewed energy and focus, increasing the number of young people attending concerts, and bringing fresh attention to the Orchestra’s legendary sound and committed programming — including annual opera presentations in innovative stagings and pairings. Recent acclaimed productions have included Debussy’s Pelléas and Mélisande (May 2017), a double bill of Bartók’s Miraculous Mandarin and Bluebeard’s Castle (April 2016) presented in collaboration with Chicago’s Joffrey Ballet and an innovative presentation of Janáček’s The Cunning Little Vixen (May 2014, with encore performances in Cleveland and Europe during the autumn of 2017). The 2017-18 season also featured in-concert performances of Wagner’s Tristan and Isolde (April 2018).PBS: Cleveland Orchestra Centennial Celebration January 11

The partnership with Franz Welser-Möst, begun in 2002 and entering its 17th year with the 2018-19 season, has earned The Cleveland Orchestra unprecedented residencies in the U.S. and around the world, including one at the Musikverein in Vienna, the first of its kind by an American orchestra. It also performs regularly at the Salzburg and Lucerne Festivals. The Orchestra’s 100th season in 2017-18 featured two international tours, concluding with the presentation on three continents of Welser-Möst’s Prometheus Project featuring Beethoven Symphonies and overtures; these Beethoven concerts were presented in May and June 2018, at home in Cleveland, in Vienna’s Musikverein and in Tokyo’s Suntory Hall. PBS: Cleveland Orchestra Centennial Celebration January 11

The Cleveland Orchestra has a long and distinguished recording and broadcast history. A series of DVD and CD recordings under the direction of Mr. Welser-Möst continues to add to an extensive and widely praised catalog of audio recordings made during the tenures of the ensemble’s earlier music directors. In addition, Cleveland Orchestra concerts are heard in syndication each season on radio stations throughout North America and Europe. PBS: Cleveland Orchestra Centennial Celebration January 11

Seven music directors — Nikolai Sokoloff, Artur Rodziński, Erich Leinsdorf, George Szell, Lorin Maazel, Christoph von Dohnányi and Franz Welser-Möst — have guided and shaped the ensemble’s growth and sound since its founding in 1918. Through concerts at home and on tour, via radio broadcasts and a catalog of acclaimed recordings, The Cleveland Orchestra is heard today by a broad and growing group of fans around the world.  For more information, visit clevelandorchestra.com.

About ideastream
ideastream serves the people of Northeast Ohio as a trusted and dynamic multimedia source for illuminating the world around us. Publicly supported and locally owned, ideastream is indispensable and highly valued for its unique ability to strengthen our community. ideastream is the consolidation of WVIZ/PBS, with five channels of public television service (WVIZ/PBS-HD, WVIZ/PBS Ohio, WVIZ/PBS World, WVIZ/PBS Create and WVIZ/PBS Kids); 90.3 WCPN, Northeast Ohio’s NPR news and public affairs radio station; WCLV 104.9, Northeast Ohio’s classical music radio station; ideastream Education, with educational resources, services and the award-winning children’s series NewsDepth; and management of The Ohio Channel and the Ohio Public Radio and Television Statehouse News Bureau on behalf of all Ohio’s public broadcasting stations. For more information about ideastream’s rich legacy of innovation and credible content, visit ideastream.org.