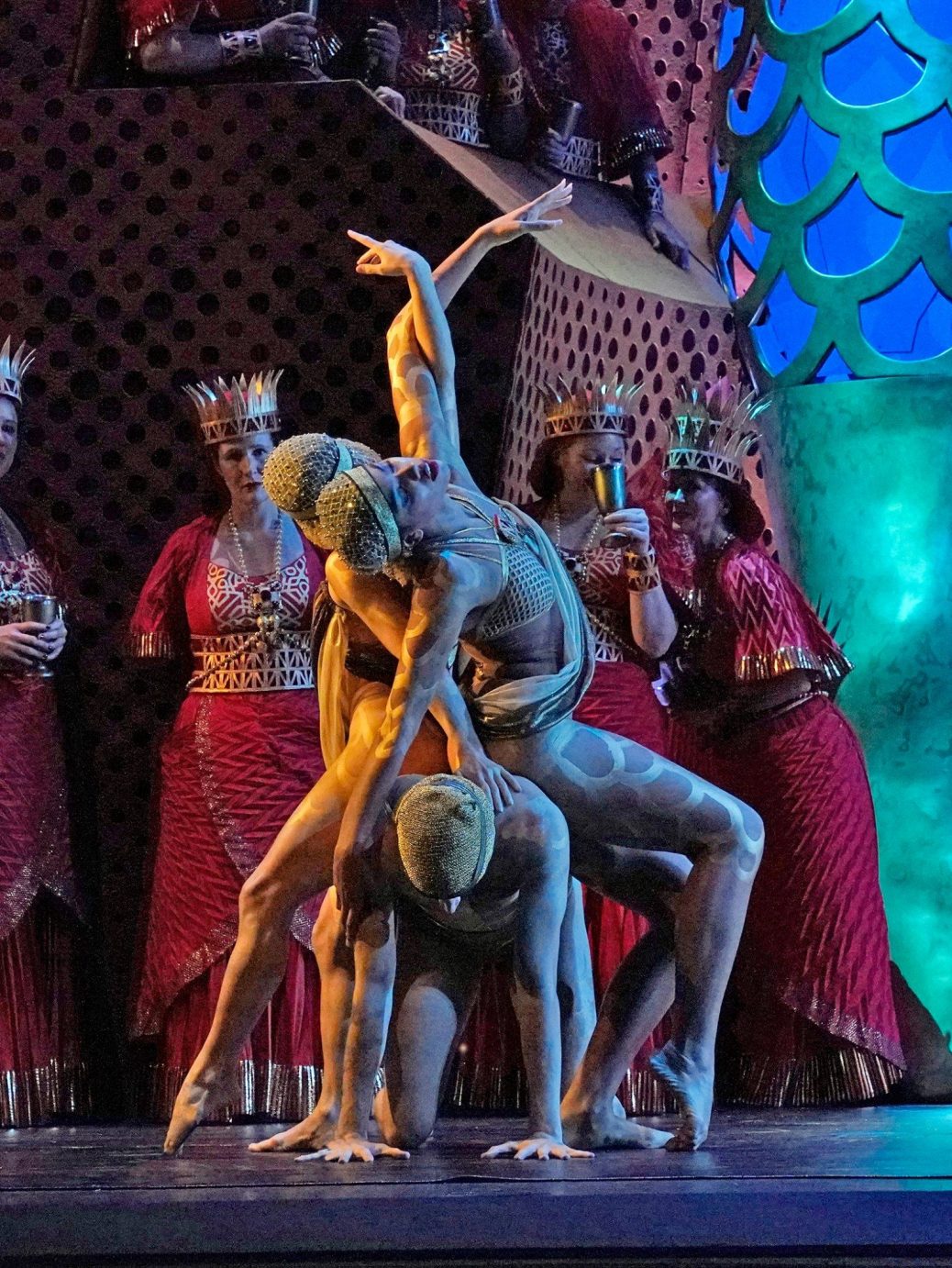 A towering biblical epic, Saint-Saëns’s operatic take on the story of Samson and Delilah has many of the hallmarks of grand opera—show-stopping vocal displays, thrilling choruses, and an engrossing plot set against a sweeping, pseudo-historical backdrop.

It’s fitting, then, that Samson et Dalila has been chosen to celebrate the opening of the Met’s season four times in the company’s history, including when Darko Tresnjak’s bold new production premiered on the first night of the 2018–19 season. A few weeks later, the opera was shown as part of the Met’s series of live cinema transmissions, featuring an exceptional cast.

RUN TIME: 2 HRS 22 MIN ACT I Gaza, 1150 B.C. In a square in Gaza, a group of Hebrews beg Jehovah for relief from their bondage to the Philistines; Samson, their leader, rebukes them for their lack of faith. When the Philistine commander, Abimélech, denounces the Hebrews and their God, Samson kills him and leads the Hebrews away. The High Priest of Dagon comes from the Philistine temple and curses Samson’s prodigious strength, leaving with the slain man’s bier. An Old Hebrew praises the returning Samson.

The outer walls of the temple disappear to reveal Samson’s former lover, the Philistine woman Dalila, who invites him to come that night to her nearby dwelling. She and her maidens dance seductively for Samson, who becomes deaf to the Old Hebrew’s dour prophecies.

In the vale of Sorek, Dalila calls on her gods to help her ensnare and disarm Samson, promising the High Priest to find a way to render the hero powerless. Samson appears, passionate in spite of himself; when Dalila has him in her power, she feigns disbelief in his constancy and demands that he show his love by confiding in her the secret of his strength, weeping when he refuses. Samson hears rolling thunder as a warning from God but cannot resist following Dalila inside.

Not long afterward, having finally learned that the secret of Samson’s strength is his long hair, she calls to hidden Philistine soldiers, who rush in to capture and blind Samson. ACT III In a dungeon at Gaza, the sightless Samson pushes a grist mill in a circle, praying for his people, who will suffer for his sin. He hears their voices castigating him.

During a bacchanal in the Temple of Dagon, Dalila and the High Priest taunt Samson. When they force him to kneel to Dagon, he asks a boy to lead him to the two main pillars of the temple. Samson prays to Jehovah to restore his strength, and with a mighty effort he pulls down the pillars and the temple, crushing himself and his foes.