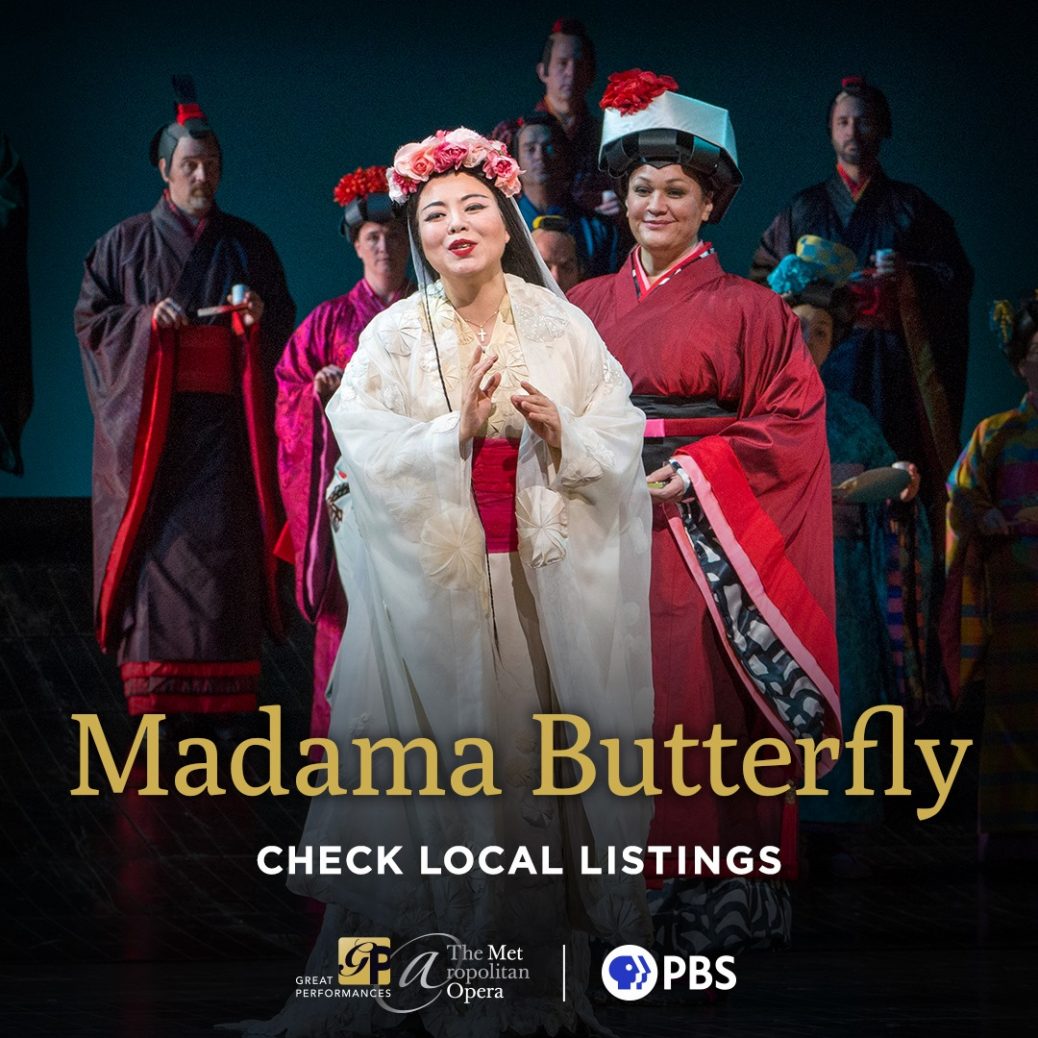 Anthony Minghella’s production is set in Japan at the turn of the 20th century. Lt. Benjamin Pinkerton of the U.S. Navy inspects a house overlooking the Nagasaki harbor. The house comes with three servants and a geisha wife named Cio-Cio-San, also known as Madam Butterfly.

When Sharpless, the American consul, arrives, Pinkerton tells him about his interest in Butterfly and his intentions to marry her, despite not knowing whether his feelings for Butterfly are love or a whim. Sharpless warns Pinkerton that the girl may view the marriage differently, but Pinkerton brushes off his concerns and says that someday he will take a real American wife. Butterfly admits she’s 15 and tells Pinkerton that she has been to the Christian mission and will embrace his religion. Butterfly’s uncle, a priest known as the Bonze, arrives and curses her for going to the mission and rejecting her ancestral religion. Pinkerton orders that the Bonze and his relatives leave. As they go, they denounce Butterfly. Despite this, Pinkerton and Butterfly marry.

Three years pass and Butterfly awaits her husband’s return home. Sharpless appears with a letter from Pinkerton, but before he can read it, Goro, a marriage broker, arrives with a suitor for Butterfly. Goro introduces a wealthy prince named Yamadori. Butterfly responds that she’s not available for marriage and that Pinkerton has not deserted her. Pinkerton’s ship arrives back in town, but his return isn’t the reunion she expected. Christine Goerke hosts.

Watch Hui He in the title role of Puccini’s masterpiece conducted by Pier Giorgio Morandi.

Under the leadership of General Manager Peter Gelb and Music Director Yannick Nézet-Séguin, The Metropolitan Opera is one of America’s leading performing arts organizations and a vibrant home for the world’s most creative and talented artists, including singers, conductors, composers, orchestra musicians, stage directors, designers, visual artists, choreographers, and dancers. The company presents more than 200 performances each season of a wide variety of operas, ranging from early masterpieces to contemporary works. In recent years, the Met has launched many initiatives designed to make opera more accessible, most prominently the Live in HD series of cinema transmissions, which dramatically expands the Met audience by allowing select performances to be seen in more than 2,200 theaters in more than 70 countries around the world.