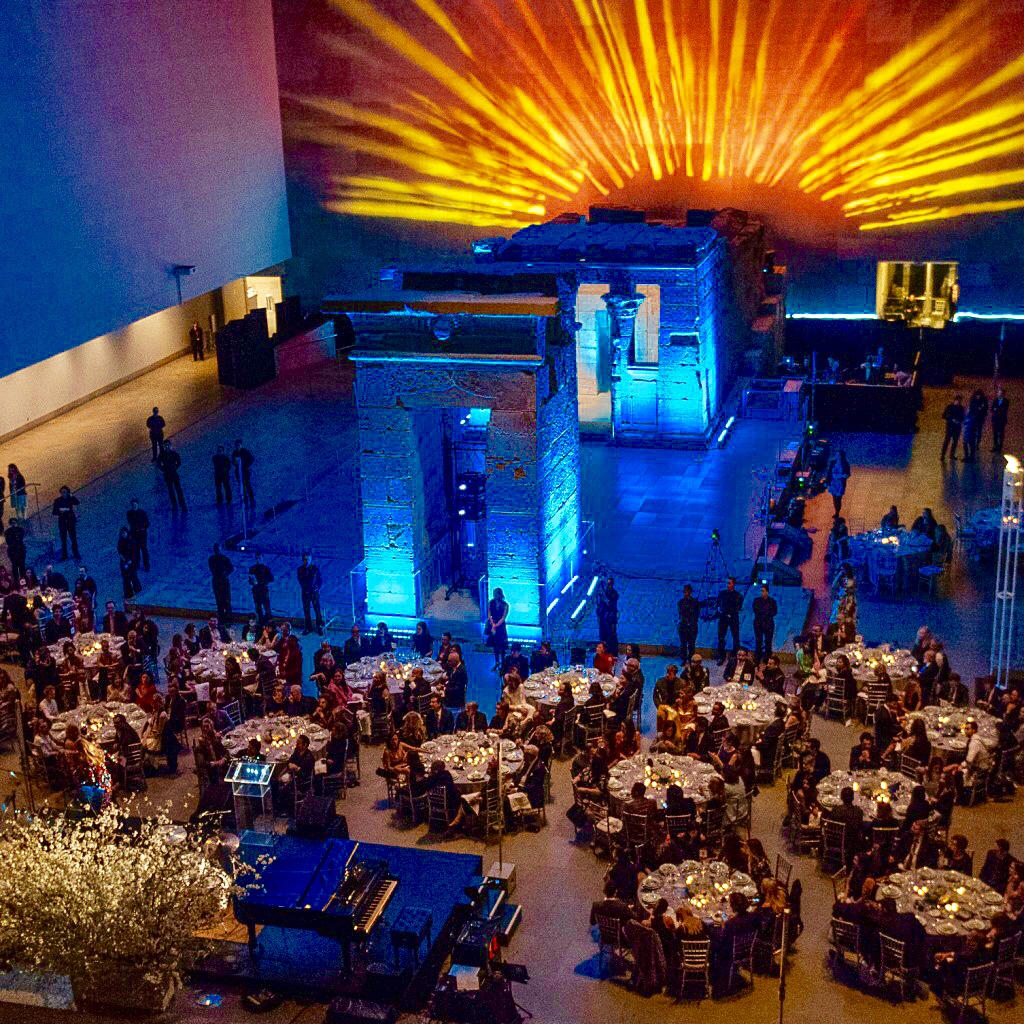 On Tuesday, April 16, the National YoungArts Foundation (YoungArts) will welcome nearly 300 of New York City’s top cultural and community leaders, philanthropists, celebrities and art aficionados to the fourth annual YoungArts New York Gala in The Temple of Dendur at The Metropolitan Museum of Art. The festive evening will celebrate aspiring artists in the cultural capital of New York and across the nation, as well as this year’s 710 YoungArts winners—more than 50 of whom hail from the greater New York area. Presented by Baccarat, the event will be hosted by gala honorary co-chairs Derrick Adams and Agnes Gund, and co-chairs Sarah Arison, Gillian Hearst and Sandra Tamer.

The YoungArts New York Gala will be emceed by Broadway and TV star Daniel Watts (2000 YoungArts Winner in Dance) and will feature an elegant reception and seated dinner.

In addition to their generous financial support, Baccarat is providing elements from their collection — including specialty flatware, glassware and table décor for the glamourous event.

Continuing YoungArts’ longstanding and ever-growing commitment to supporting emerging artists, the event will kick off the organization’s annual regional program YoungArts New York, which will take place from April 23 – 28 and feature an exhibition at Sotheby’s New York and performances at Baryshnikov Arts Center (BAC). As part of a series of regional programs also presented in Los Angeles and Miami—and modeled after the organization’s signature program, National YoungArts Week, YoungArts New York provides 2019 YoungArts winners from the southeast region of the country with life-changing opportunities to participate in interdisciplinary workshops, seminars and master classes with renowned leaders in their fields, including photographer Lydia Bittner-Baird, screenwriter Shari Carptenter and Joan Mitchell Fellow and visual artist Yashua Klos. This year, participants will showcase their talents to local audiences through performances directed by composer Jeanine Tesori with jazz direction by musician Emmet Cohen (2009 YoungArts Winner in Jazz), and a classical music concert and writers’ readings directed by Dave Eggar (1987 YoungArts Winner in Classical Music & U.S. Presidential Scholar in the Arts) and author and award-winning journalist Joan Morgan.

About The National YoungArts Foundation:

YoungArts was established in 1981 by Lin and Ted Arison to identify and nurture the most accomplished young artists in the visual, literary, design and performing arts, and assist them at critical junctures in their educational and professional development. Through a wide range of annual programs, performances, and partnerships with some of the nation’s leading cultural institutions, YoungArts aspires to create a strong community of alumni and a platform for a lifetime of encouragement, opportunity and support.

Join the YoungArts Family
Your donation will directly support the nation’s next generation of artists and their pursuit of careers in the arts.

YoungArts acquired the landmark Bacardi Tower and Museum buildings in Miami, Florida in 2012 and has since converted the buildings into the YoungArts Campus—the organization’s national headquarters. Located on the corner of Biscayne Boulevard and NE 21st Street—at the nexus of the Wynwood Arts District, Arts & Entertainment District and Edgewater—the campus supports expanded programming in Miami and across the country.

The buildings were granted a historic designation by the City of Miami Preservation Board in October 2009 and were listed on the National Park Service’s National Register of Historic Places in 2018.