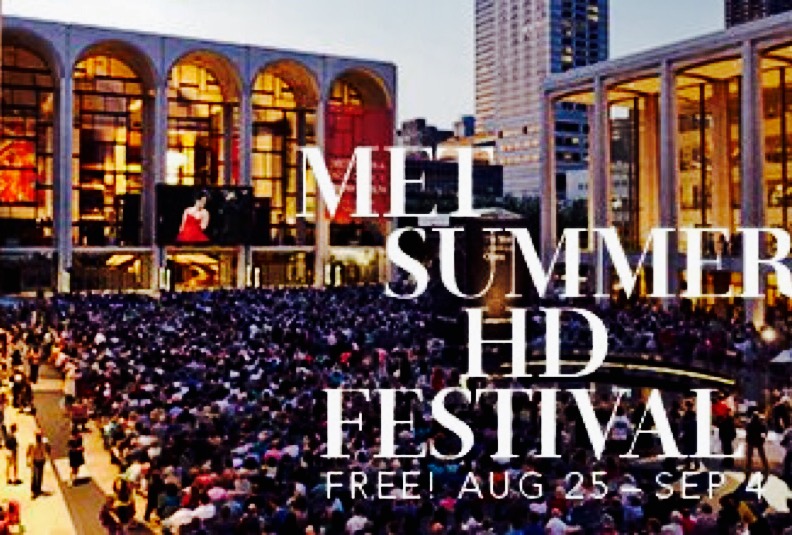 Friday, August 25, 8 pm
The Magic Flute
Director Ingmar Bergman was a lifelong fan of Mozart’s late operatic masterpiece Die Zauberflöte (“The Magic Flute”), having seen the work as a young boy. He went on to create a cinematic version of the opera, sung in his native Swedish, that blends 18th-century stagecraft with fairy-tale adventure. For the film, maestro Eric Ericson conducted the Swedish Radio Symphony Orchestra and a cast that included a number of young Scandinavian artists, most notably baritone Håkan Hagegård—who sang nearly 90 performances for Met audiences—as the charming bird catcher Papageno. A co-presentation of the Film Society of Lincoln Center and the Metropolitan Opera. Approximate running time: 2 hours 15 minutes

Bergman himself appears briefly in shots of the audience group, as do Sven Nykvist, the cinematographer and Donya Feuer, the Choreographer.

“Bergman had unsuccessfully tried for years to mount a production of “The Magic Flute,” finally getting his chance in 1975 with a television offer. He later said that making this film was the best experience of his career. His enthusiasm is contagious. Bergman worked with conductor ERIC ERICSON and the SWEDISH RADIO SYMPHONY ORCHESTRA, and the film fully gives the appearance of an actual live performance.
It isn’t, and although the singers lip sync to their own prerecorded voices, few have complained about it in forty years. It is sung in Swedish instead of the usual German, but only the most constipated Opera Buffs (who may be among the bitchiest inhabitants of Earth) have objected.”
Source: http://366weirdmovies.com/ingmar-berg…

Monday, September 4, 8 pm
La Traviata
Verdi’s timeless tragedy stars Sonya Yoncheva as the conflicted courtesan who hopes that pure love can save her from self-destruction. Michael Fabiano is her beloved Alfredo and Thomas Hampson is the imperious father standing in the way of their happiness. Original transmission: March 11, 2017. Approximate running time: 2 hours 20 minutes