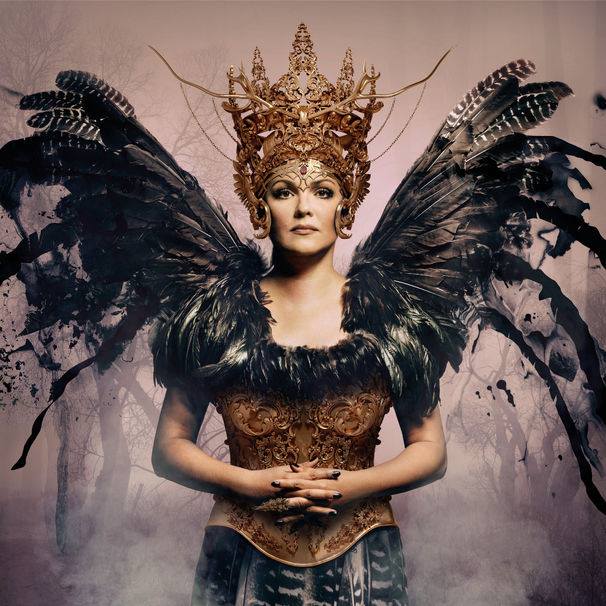 Anna Netrebko – Leading Soprano at the leading opera houses across the globe.

Watch the trailer of Salzburg Festival’s “La Traviata” featuring Anna Netrebko and Rolando Villazón in a dramatic staging by Willy Decker!
Reviews:
“This was the hot ticket at the 2005 Salzburg Festival and it’s easy to see why. Willy Decker’s minimalist production… generates high drama… Anna Netrebko is outstanding. She sings sublimely, she is sexy, she can act. Rolando Villazón’s… Alfredo provides the perfect foil… Carlo Rizzi never allows the tension to drop and Brian Large directs the cameras with his customary aplomb. The entire performance grabs from the outset and refuses to let go. Even if you have several versions of the opera already, do get this as well. It is something special. And it comes with a behind-the-scenes documentary.” Record Review / Richard Fawkes, Opera Now (London) / 01. May 2008

Souvenirs is a collection of short and sparkling pieces that allow Anna to display her amazing voice and temperament – See her sing “Barcarolle” from Offenbach’s “Les Contes d’Hoffmann”, which is part of the her album “Souvenirs”.

Anna Netrebko and Rolando Villazón pair up for their first duets recording. Behind the scenes with both opera stars including footage from the recording session and interviews.

With “Verismo” Anna Netrebko presents her long-awaited new studio album – the first in three years – displaying her remarkable vocal maturity and reaffirming her status as one of the leading sopranos of her generation.

An operatic dream came true in May 2016, when two singers made their role debuts as Lohengrin and Elsa at the Dresden State Opera!
Previously at home in French and Italian lyric tenor roles, Piotr Beczala was expanding his repertory in a direction that many opera fans had long wanted him to explore, while Anna Netrebko – previously hailed as the “queen of bel canto” – was undertaking her first Wagnerian role. It was also her first foray into the lyric-dramatic repertory. Both singers had been persuaded to take on their new roles by the Dresden Staatskapelle’s principal conductor, Christian Thielemann, one of the leading Wagner conductors of our day.

Souvenirs is a collection of short and sparkling pieces that allow Anna to display her amazing voice and temperament – See her sing “Barcarolle” from Offenbach’s “Les Contes d’Hoffmann”, which is part of the her album “Souvenirs”.

The DVD/Blu-ray features Anna Netrebko in one of Russian opera’s greatest and most demanding roles – Tatiana. The lovelorn poet Lenski, Onegin’s friend turned rival, is sung by Polish tenor star Piotr Beczala. This great Russian opera is conducted by the Music Director of the Mariinsky Theatre, St. Petersburg, Valery Gergiev and is produced by Deborah Warner.

Anna Netrebko & Daniel Barenboim – In the Still of Night

Anna Netrebko and Daniel Barenboim on their memory of the recital evening in Salzburg, 17 August 2009 – The concert is available on the album “In the Still of Night”. To find out more about this release go to: http:www.deutschegrammophon.com/netrebko-inthestillofnight Best of Anna Netrebko from Deutsche Grammophon

Netrebko and Villazón take ownership of La Bohème. Behind the scenes with both artists including information on the recording, interviews and footage from the recording session. Best of Anna Netrebko from Deutsche Grammophon

It was a once-in-a-lifetime experience when soprano Anna Netrebko and baritone Dmitri Hvorostovsky took to an open-air stage in June 2013 — two of the leading names in opera, singing live in Moscow’s Red Square. The audience, 7,500 strong, showed its appreciation for Russia’s two biggest opera stars with unbridled enthusiasm, lending even more magic to the midsummer-night’s atmosphere of a spectacular concert. This autumn, the historic two-hour performance, Live from Red Square, is set for release by Deutsche Grammophon on DVD Best of Anna Netrebko from Deutsche Grammophon

musicrecord label that was the precursor of the corporation PolyGram. Headquarted in Berlin Friedrichshain, it is now part of Universal Music Group (UMG) since its merger with the UMG family of labels in 1999. It is the oldest surviving established record company

Deutsche Grammophon Gesellschaft was founded in 1898 by German-born United States citizenEmile Berliner as the German branch of hisBerliner GramophoneCompany. Berliner sent his nephew Joseph Sanders from America to set up operations.[3] Based in the city ofHanover (the founder’s birthplace), the company was the German affiliate of the U.S. Victor Talking Machine Company and the BritishGramophone Company, but that affiliation ended with the outbreak ofWorld War I in 1914. Though no longer connected to the British Gramophone Company, Deutsche Grammophon continued to use the “His Master’s Voice” trademark featuring the dog Nipper in Germany until the late 1940s