Join us for Puccini’s poignant masterpiece, La Bohème and Strauss’s sparkling operetta, Die Fledermaus, July 7-10, The Kaye Playhouse at Hunter College. Both operas are traditionally staged and costumed with orchestra and chorus in original language with supertitles.

Martina Arroyo Foundation’s Prelude to Performance is pleased to be returning to Hunter College and The Kaye Playhouse for it’s 2016 program and performances. The Kaye Playhouse is located on 68th between Lexington and Park Avenues in New York City.
212-772-4448 www.hunter.cuny.edu/kayeplayhouse/calendar 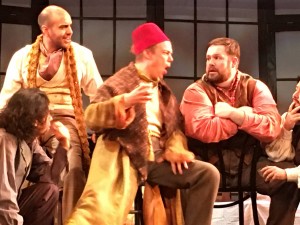 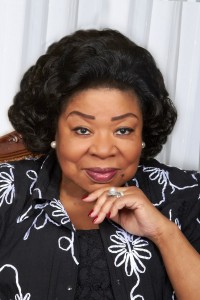 The Martina Arroyo Foundation. Metropolitan Opera Guild.
Now celebrating its twelfth anniversary season, the Martina Arroyo Foundation is a non-profit cultural organization founded by the legendary American soprano, recently named a recipient of the 2013 Kennedy Center Honors. The Foundation strives to ensure a bright future for opera by preparing new generations of emerging young singers with the tools necessary for professional careers, by providing them with invaluable instruction, exposure, and performance opportunities. The work of the Martina Arroyo Foundation is guided by a Board of Directors; members include leaders in business, education, and the arts.
The Foundation offers two intensive programs of study, coaching, and performance, both of which provide an immersive preparation of complete operatic roles.

Role Preparation Class takes place over twelve weeks each spring, offering 40 hours of group and individual coaching sessions to a class of 12 to 14 singers. Each participant learns a complete operatic role for performance in the public recital of operatic ensembles with which the class concludes.

Prelude to Performance is six-week intensive training program, tuition free, with stipends, for approximately 35 young singers that culminates in four fully staged opera performances sung in the original language with supertitles, complete with sets, costumes, and orchestra at a prominent New York venue. Ms. Arroyo herself conducts classes in character development and historical perspective as part of a structured curriculum that also features study of libretto, language, stage craft, movement, and combat; sessions with costume designers and makeup artists and masterclasses with professionals in the opera world such as Soprano, Diana Soviero, Mezzo, Stephanie Blythe, Bass-baritone, Eric Owens and legendary director, Tito Capobianco.

The Kaye Playhouse at Hunter College